Hen Harrier Poems is Colin Simms’ fifth collection with Shearsman, and his third devoted to poems on a specific species, following Otters and Martens (2004) and Gyrfalcon Poems (2007).

Future plans include volume devoted to poems on merlins and on goshawks. Simms is a naturalist who has observed the harrier and its North American cousin, the marsh hawk, for decades; his poems fuse a rich Bunting-esque diction and sonority with a focused eye and imagination.

2020 Laurel Prize judge and writer Robert Macfarlane says of Simms work: ‘The verse was like nothing else I knew: strange sonnets seething with bird energy, long lines thick with axe-knock stresses, and an open field poetic of gaps and flickers, spasms and chasms. Language in these poems had been torqued and harrowed to fit’ 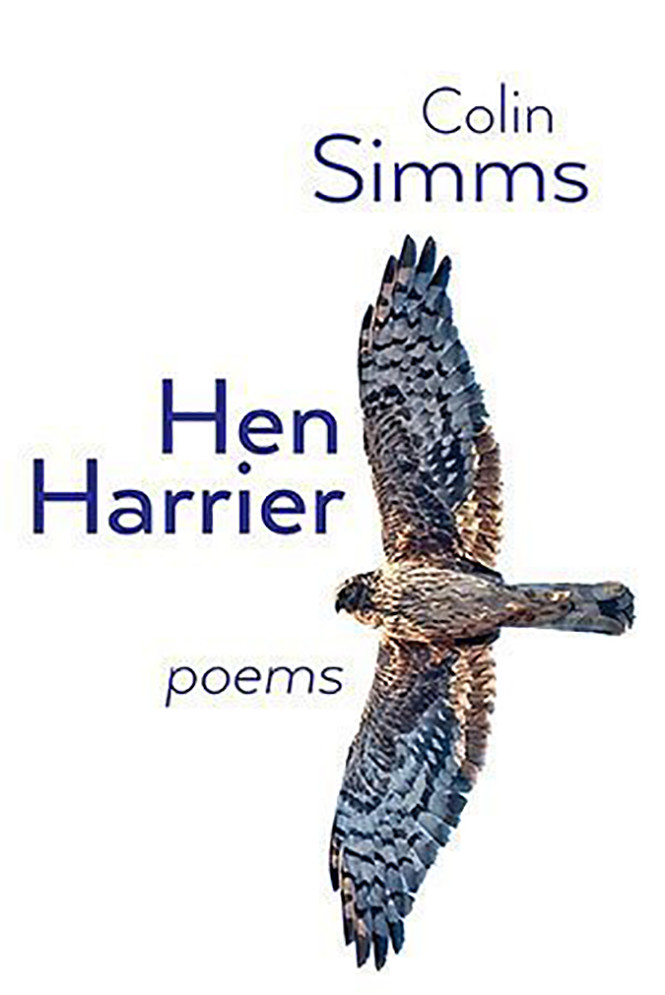