Set against a backdrop of ecological and emotional turbulence, these poems are charged yet meditative explorations of nature, the city, and the self. A sinister CEO presides over a dystopian hinterland where private detectives investigate crimes against hollyhocks; Halcyon is discovered as a dead kingfisher, washed up on an Italian beach. Lyrical and inventive, McCarthy Woolf’s poems test classic and contemporary forms, from a disrupted zuihitsu that considers her relationship with water, to the landay, golden shovel, and gram of &.

As a fifth-generation Londoner and daughter of a Jamaican émigré, McCarthy Woolf makes a variety of linguistic subversions that critique the rhetoric of the British class system. Political as they may be, these poems are not reportage: they aim to inspire what the author describes as an ‘activism of the heart, where we connect to and express forces of renewal and love’.

‘A strange and stunning collection from a true writer. Vulnerable, hilarious and wise, Seasonal Disturbances is a darkly humorous exploration of the human condition.’ Young Poet Laureate for London, Warsan Shire 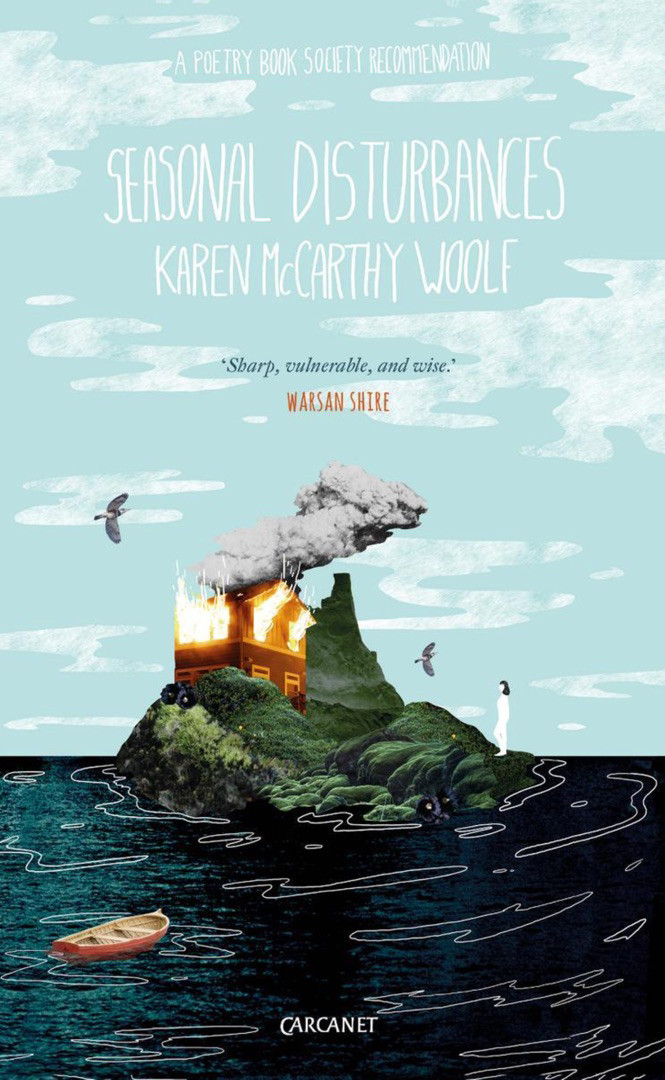